The biggest, most awe-inspiring building project the people of Scotland had ever seen, the Antonine Wall stretched right across the country, from the Firth of Clyde to the Firth of Forth. Constructed around 142 AD by the Romans to mark the north-west frontier of their empire, the Wall was a mighty symbol of their power and authority. It took no notice of earlier native settlements, and cut through pre-existing tribal boundaries. The route made the most of landscape features such as ridges, crests and escarpments to create a forbidding and very visible barrier.

Unlike its stone-built southern neighbour, Hadrian’s Wall, the rampart of the Antonine Wall was constructed mostly out of layers of turf and reached a height of 3 m. Not just a wall, the defences also included a huge ditch, nearly 5 m deep in places, which ran to the north of the Wall and an outer mound constructed from the earth thrown out of the ditch. Seventeen forts plus additional ‘fortlets’ accommodated the 6,000-7,000 men stationed along the Wall. The military way, a service road built to the south of the Wall was another important element, enabling troops to move swiftly along its course, bearing supplies, commands and news.

Built, occupied and then abandoned by the Romans in the space of twenty years, the Wall has left its mark on Scotland’s landscape. Since 2008, the Antonine Wall has been part of the Frontiers of the Roman Empire World Heritage Site alongside Hadrian’s Wall and the German Limes.

Today, you can explore the traces of ramparts, steep ditches, and the remains of forts and bathhouses – and imagine what life was like for the Romans posted on this remote frontier. There’s something for everyone along the line of the Antonine Wall – for Roman enthusiasts, keen walkers, cyclists, families and day trippers. As well as visiting Roman remains, you can ride a boat on the Falkirk Wheel or join the John Muir Way from one of many points along the Antonine Wall. How about visiting one of the many museums, playing in a Roman themed playpark, or stopping off for something to eat at one of many scenic spots along the route?

For more information go to: www.antoninewall.org 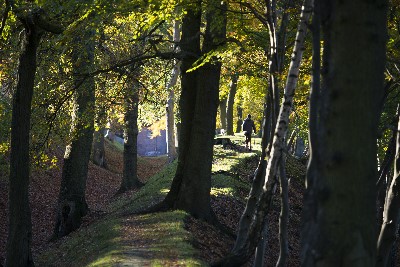 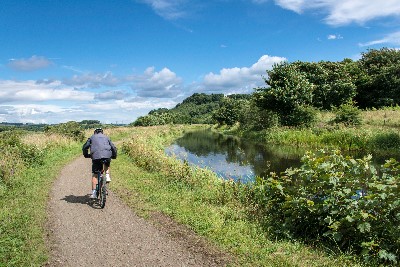